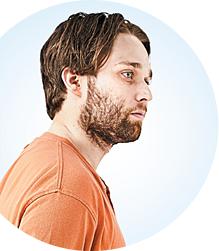 In patients with schizophrenia or schizoaffective disorder, Versacloz offers the...

Eosinophilia, defined as a blood eosinophil count of greater than 700/µL, has occurred with clozapine treatment. In clinical trials, approximately 1% of patients developed eosinophilia. Clozapine-related eosinophilia usually occurs during the first month of treatment. In some patients, it has been associated with myocarditis, pancreatitis, hepatitis, colitis, and nephritis. Such organ involvement could be consistent with a drug reaction with eosinophilia and systemic symptoms syndrome (DRESS), also known as drug induced hypersensitivity syndrome (DIHS). If eosinophilia develops during VERSACLOZ treatment, evaluate promptly for signs and symptoms of systemic reactions, such as rash or other allergic symptoms, myocarditis, or other organ-specific disease associated with eosinophilia. If clozapine-related systemic disease is suspected, discontinue VERSACLOZ immediately.

If a cause of eosinophilia unrelated to clozapine is identified (e.g., asthma, allergies, collagen vascular disease, parasitic infections, and specific neoplasms), treat the underlying cause and continue VERSACLOZ.

Clozapine-related eosinophilia has also occurred in the absence of organ involvement and can resolve without intervention. There are reports of successful rechallenge after discontinuation of clozapine, without recurrence of eosinophilia. In the absence of organ involvement, continue VERSACLOZ under careful monitoring. If the total eosinophil count continues to increase over several weeks in the absence of systemic disease, the decision to interrupt VERSACLOZ therapy and rechallenge after the eosinophil count decreases should be based on the overall clinical assessment, in consultation with an internist or hematologist.

Hypokalemia and hypomagnesemia increase the risk of QT prolongation. Hypokalemia can result from diuretic therapy, diarrhea, and other causes. Use caution when treating patients at risk for significant electrolyte disturbance, particularly hypokalemia. Obtain baseline measurements of serum potassium and magnesium levels, and periodically monitor electrolytes. Correct electrolyte abnormalities before initiating treatment with VERSACLOZ.

The information on this website is intended for use only by residents of the
United States.
Safety Dosing and administration Clozapine REMS Program
VERSACLOZ Full
Prescribing Information