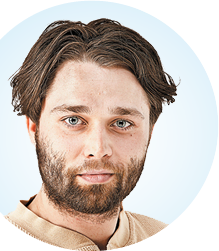 You may contact the
Clozapine REMS Program
at 844-267-8678 or at https://www.clozapinerems.com

Clozapine is associated with severe neutropenia (absolute neutrophil count (ANC) less than 500/µL). The requirements to prescribe, dispense, and receive clozapine are incorporated into a single, shared program called the Clozapine Risk Evaluation and Mitigation Strategy (REMS). A REMS is a strategy to manage known or potential risks associated with a drug or group of drugs, and is required by the FDA for clozapine to ensure that the benefits of the drug outweigh the risk of severe neutropenia. The Clozapine REMS Program replaces the individual clozapine patient registries and the National Non-Rechallenge Master File (NNRMF).

All prescribers of clozapine products must certify in the Clozapine REMS Program. Certification requires prescribers to:

All pharmacies dispensing clozapine products must certify in the Clozapine REMS Program. Certification requires pharmacies to:

VERSACLOZ can cause neutropenia (a low absolute neutrophil count [ANC]), defined as a reduction below pre-treatment normal levels of blood neutrophils. The ANC is usually available as a component of the complete blood count (CBC), including differential, and is more relevant to drug-induced neutropenia than is the white blood cell (WBC) count. The ANC may also be calculated using the following formula: ANC equals the Total WBC count multiplied by the total percentage of neutrophils obtained from the differential (neutrophil “segs” plus neutrophil “bands”). Other granulocytes (basophils and eosinophils) contribute minimally to neutropenia and their measurement is not necessary [see Adverse Reactions (6.2) of the Prescribing Information]. Neutropenia may be mild, moderate, or severe (see Tables 2 and 3). To improve and standardize understanding, “severe neutropenia” replaces the previous terms severe leukopenia, severe granulocytopenia, or agranulocytosis.

Severe neutropenia, ANC less than (<) 500/µL, occurs in a small percentage of patients taking VERSACLOZ and is associated with an increase in the risk of serious and potentially fatal infections. Risk of neutropenia appears greatest during the first 18 weeks on treatment and then declines. The mechanism by which VERSACLOZ causes neutropenia is unknown and is not dose-dependent.

Two separate management algorithms are provided below, the first for patients in the general population, and the second for patients identified to have baseline neutropenia.

Benign ethnic neutropenia (BEN) is a condition observed in certain ethnic groups whose average ANC values are lower than “standard” laboratory ranges for neutrophils. It is most commonly observed in individuals of African descent (approximate prevalence of 25-50%), some Middle Eastern ethnic groups, and in other non-Caucasian ethnic groups with darker skin. BEN is more common in men. Patients with BEN have normal hematopoietic stem-cell number and myeloid maturation, are healthy, and do not suffer from repeated or severe infections. They are not at increased risk for developing VERSACLOZ-induced neutropenia. Additional evaluation may be needed to determine if baseline neutropenia is due to BEN. Consider hematology consultation before initiating or during VERSACLOZ treatment as necessary.

Patients with BEN require a different ANC algorithm for VERSACLOZ management due to their lower baseline ANC levels. Table 3 provides guidelines for managing VERSACLOZ treatment and ANC monitoring in patients with BEN.

Rechallenge after an ANC less than 500/µL (severe neutropenia)

If a patient will be rechallenged, the clinician should consider thresholds provided in Tables 2 and 3, the patient’s medical and psychiatric history, a discussion with the patient and his/her caregiver about the benefits and risks of VERSACLOZ rechallenge, and the severity and characteristics of the neutropenic episode.

Using VERSACLOZ with Other Drugs Associated with Neutropenia

It is unclear if concurrent use of other drugs known to cause neutropenia increases the risk or severity of VERSACLOZ-induced neutropenia. There is no strong scientific rationale to avoid VERSACLOZ treatment in patients concurrently treated with these drugs. If VERSACLOZ is used concurrently with an agent known to cause neutropenia (e.g., some chemotherapeutic agents), consider monitoring patients more closely than the treatment guidelines provided in Tables 2 and 3. Consult with the treating oncologist in patients receiving concomitant chemotherapy.

The information on this website is intended for use only by residents of the
United States.
CCL support Blood monitoring Dosing and administration
VERSACLOZ Full
Prescribing Information